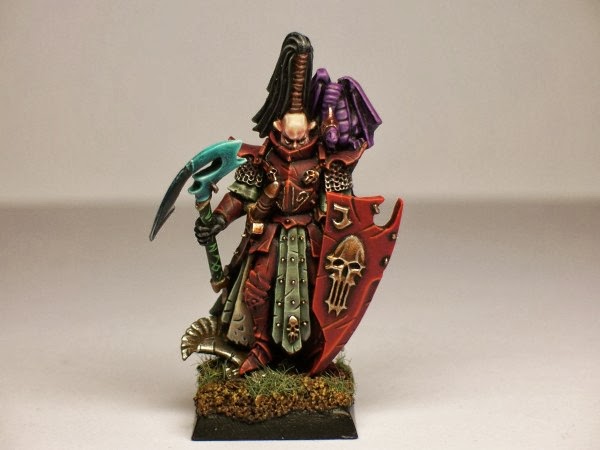 Orion, The King in the Woods

I entered Orion into Golden Demon 2014 but unfortunately it didn't reach the finals. There is a quite a few factors that I believe let it down. My conversion work was a little off, the left shoulder was a bit too pointed and noticeably higher than the right. His left arm looks a little disjointed from behind and also his left thumb is huge. If I had had more time I would of completely re-sculpted the entire left arm. The cloak of leaves I believe aren't well sculpted either, again I think I would of done a completely new cloak, maybe just a smooth one.

With the painting I'm not sure I would of done too much different except not rush it as much. The only part I wasn't happy with was the leave cloak which I couldn't get right but they were hard to distinguish where each leave began and ended.

For next years Golden Demon I'll be working on my entries all year but first I'm entering Salute in the UK on the 25th of April 2015. 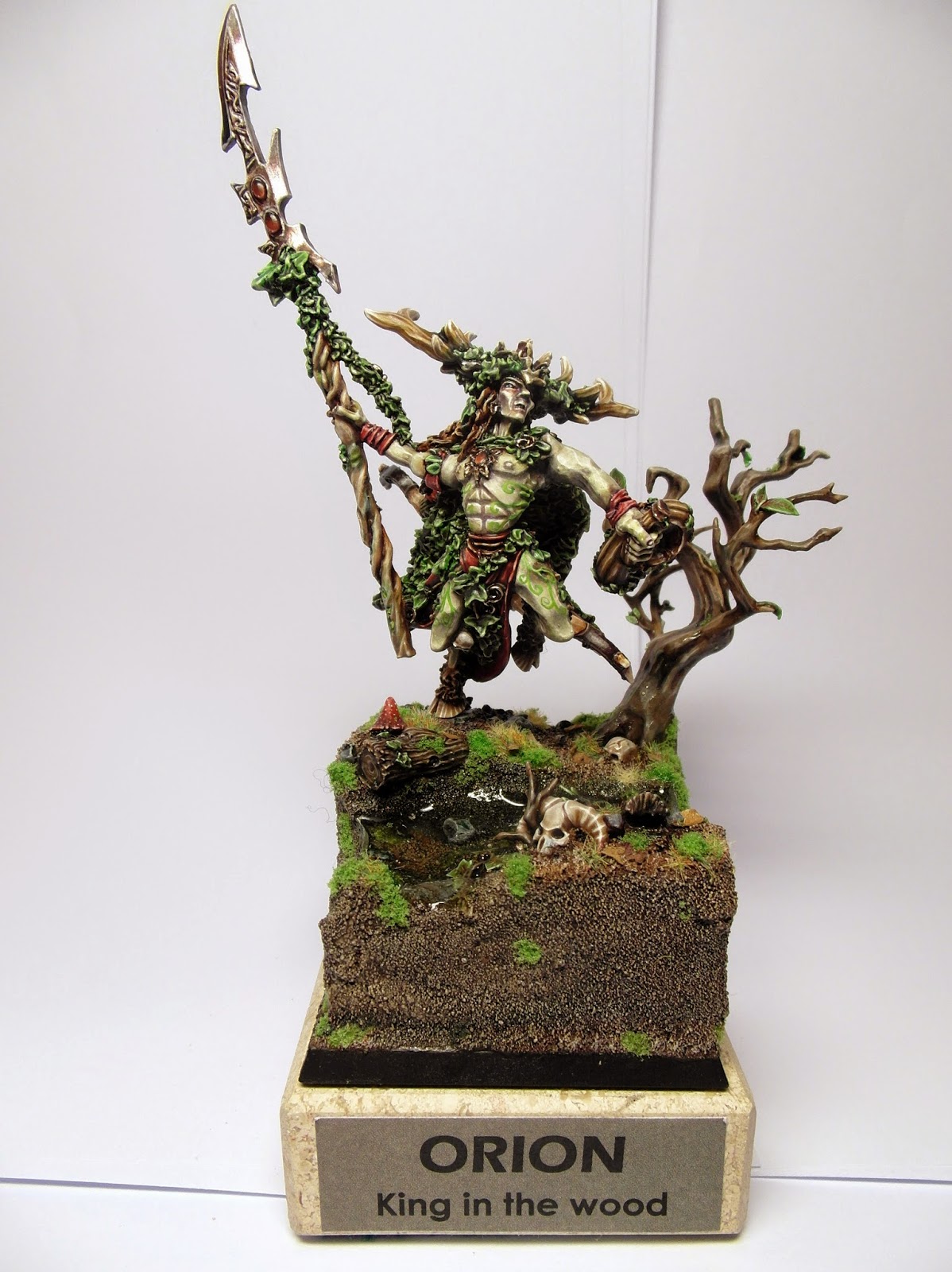 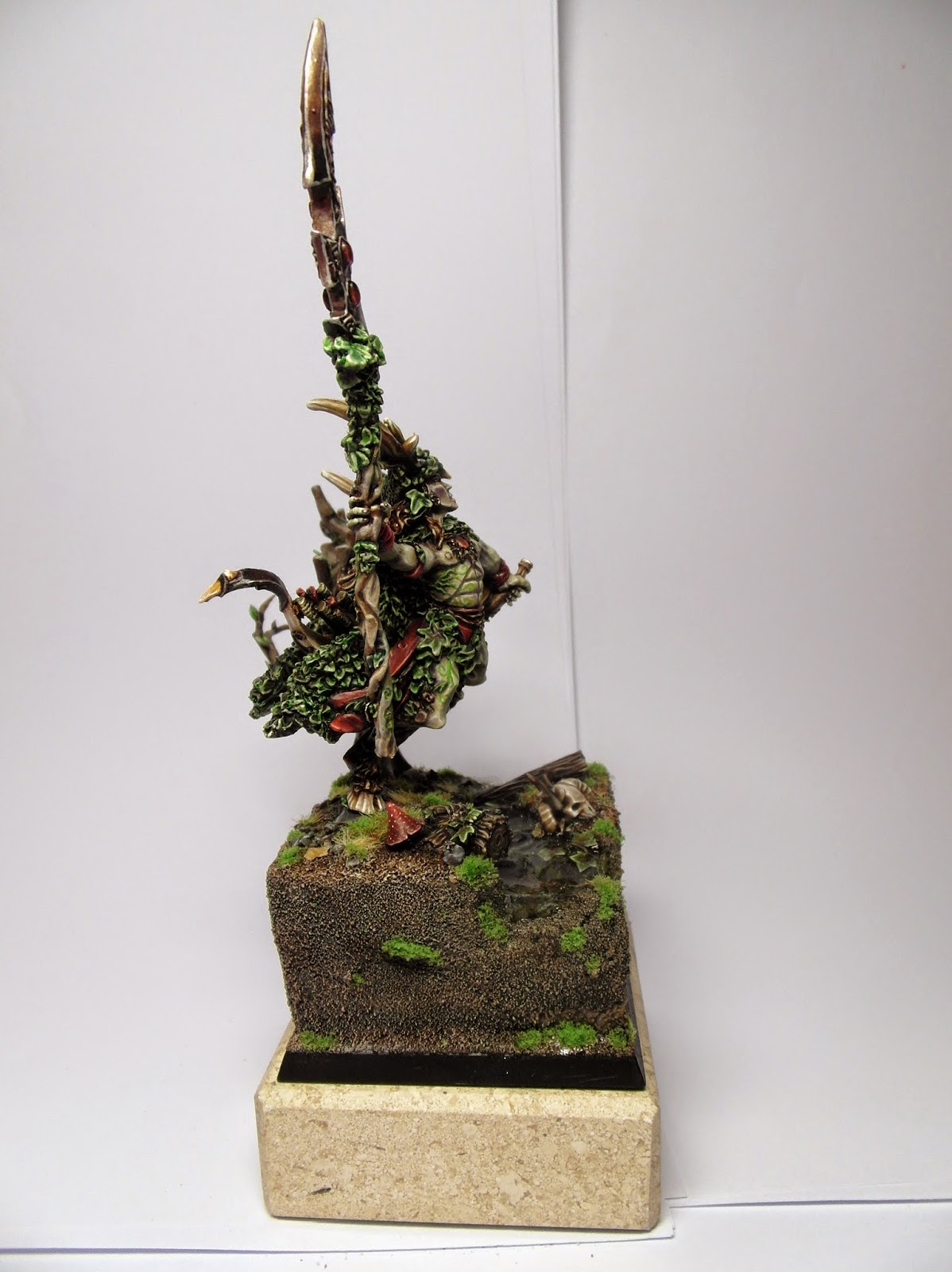 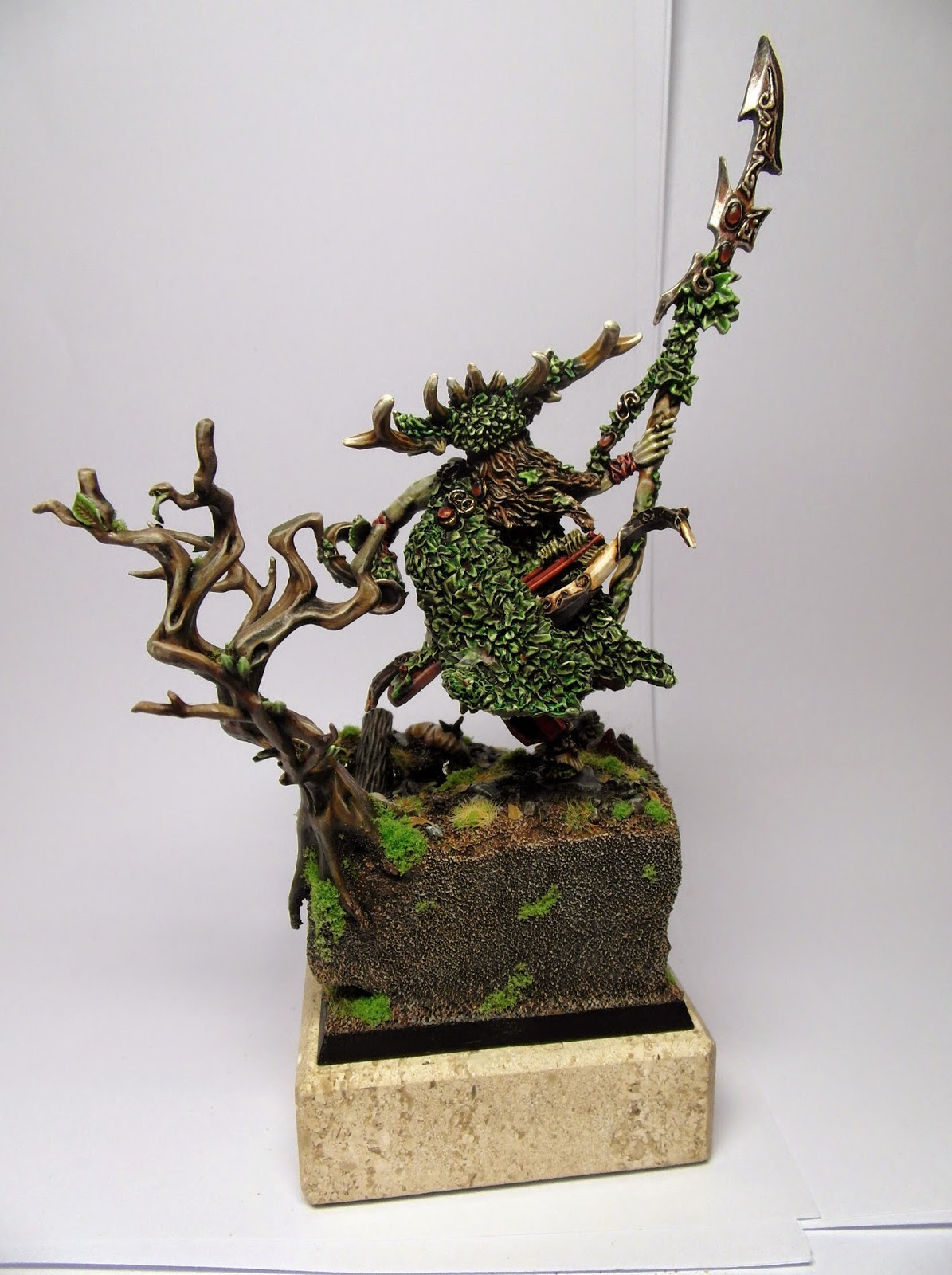 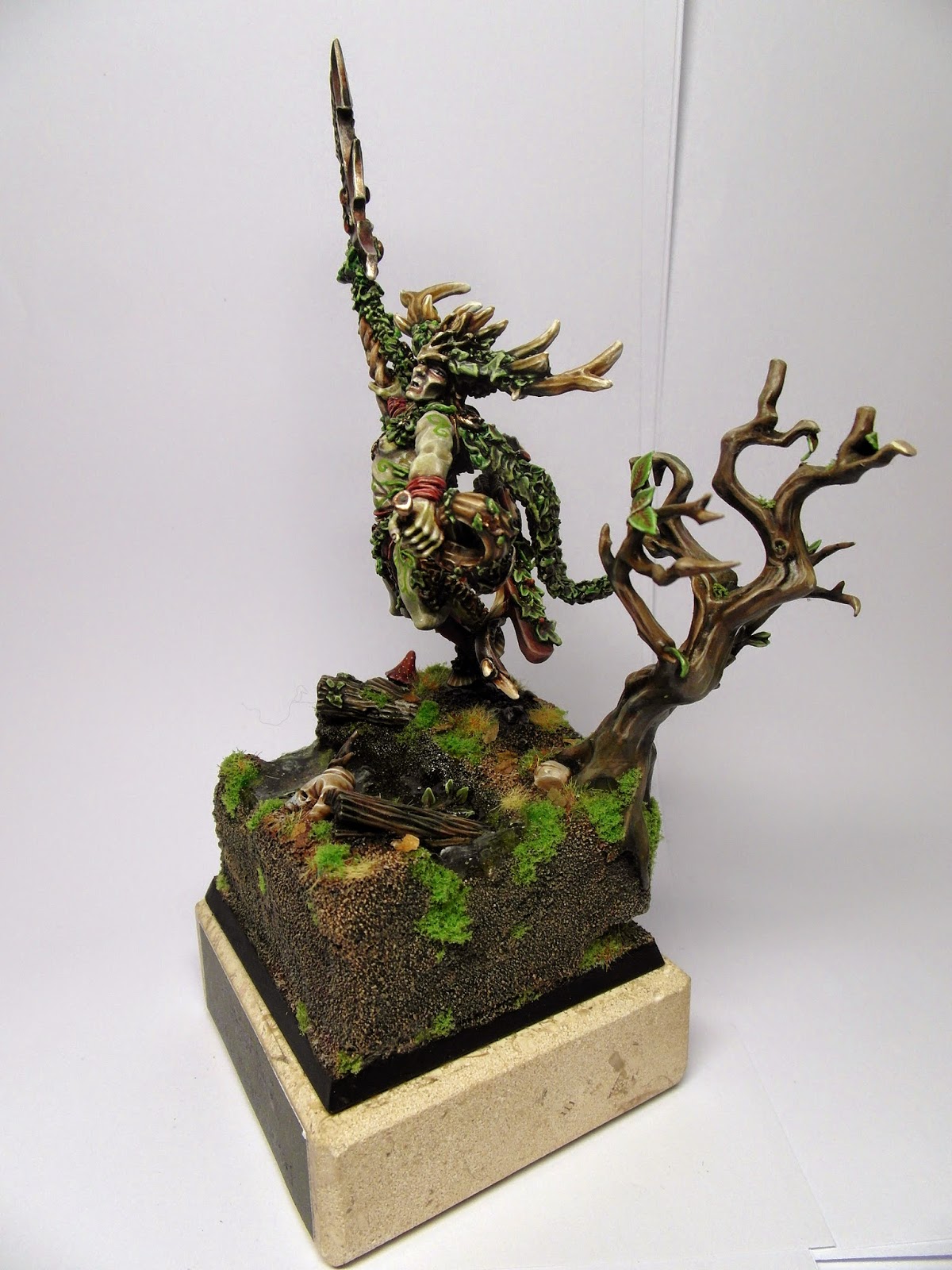 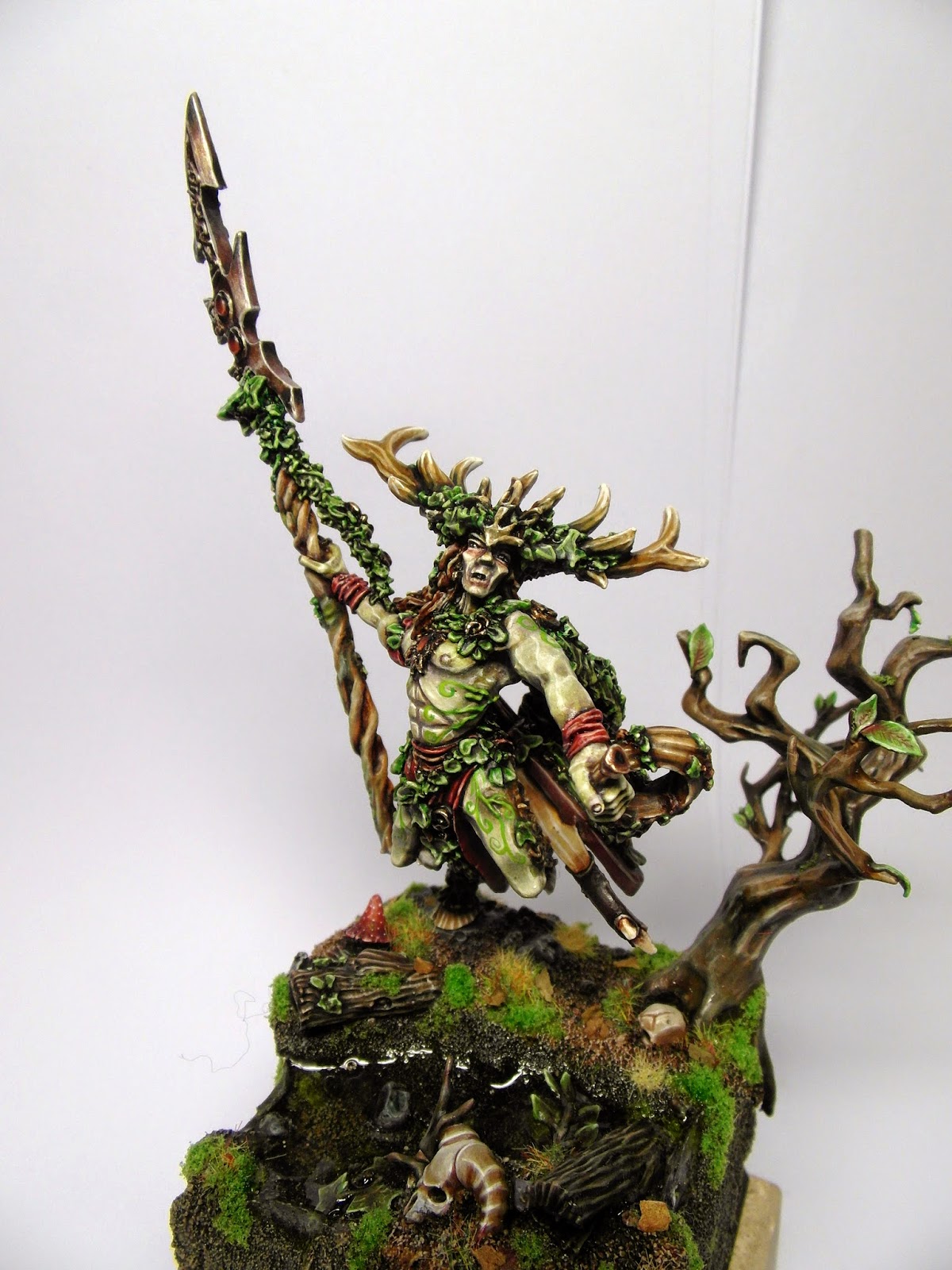 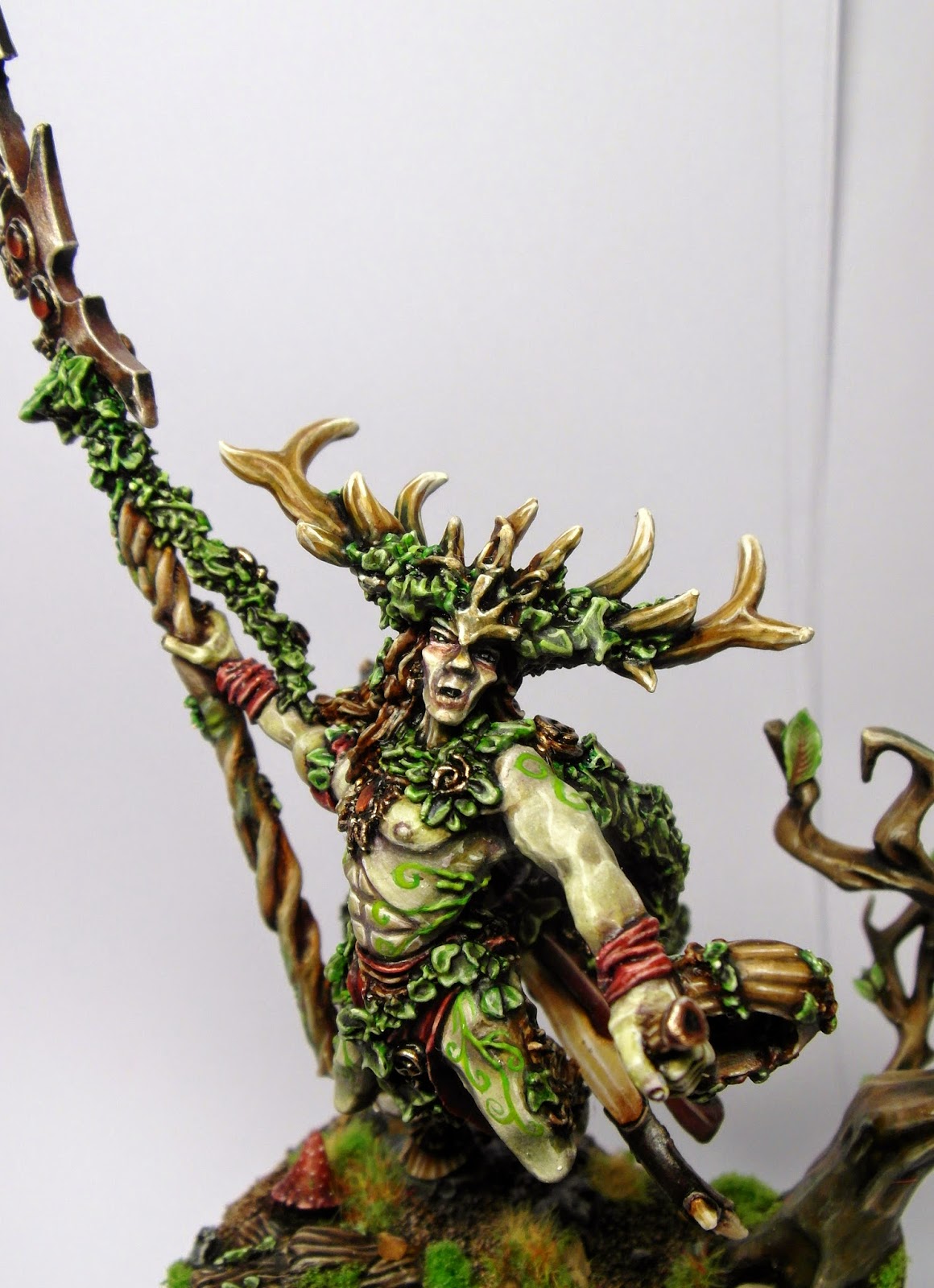